To get a Pisces astrology sign interested in getting to know you, start a conversation about music, art, drama, or books.

Another way to peak the interest of a Piscean is to discuss anything having to do with; Spirituality,
the Supernatural or Mysticism, don't forget reincarnation.

Even if you've found the rare Piscean woman or Pisces man that doesn’t believe in any of the mystical topics, Pisces will still be captivated by your thoughts on them.

Another way to attract Pisces is to talk about "The aura" people give off, "the vibes" of a place. Pisceans will see you as perceptive and responsive, soulful like them.

To Pisces you'll seem like you know exactly where they're coming from; you are kindred spirits.

Some positive things you can talk to Pisces about is a topic they know well, find out what that is and ask questions. 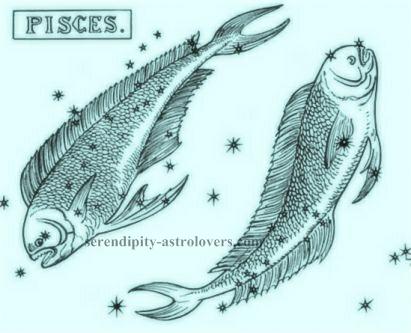 Pisces astrology sign people are very interested in art, whether they have the talent or they are just connoisseurs. On the subject of art you can't go wrong, Pisces will be drawn in.

Speak to Pisces about any mystical experience you've had.

Talk of any books on spirituality you have read. Do you have a sixth sense? Tell them about it.

Whenever you see Pisces greet them with a compliment, you could say;

Or "So and so was right, You are elegant."

Pisceans love to be flattered; they soak this kind of thing up.

You can impress a Piscean by being responsive and thoughtful; show Pisces that their well being is a priority.

You could ask Pisces;

Want something to drink?"

"Want to get some air?, Take a walk in the moonlight?"

Show your mushiness when you're with Pisces; remember all birthday's and your anniversary too.

Don't worry about being kind, because Pisceans never take for granted the times that you are. In addition they'll be grateful and you'll be repaid with Pisces love.

Most especially, you must make sure that Pisces knows you have a big heart. If Pisces is convinced of your good heart, they will forgive many of your flaws.

Most importantly,never, ever show a lack of interest in who they are and what they talk to you about.

The Piscean ego is fragile, in fact one of the most fragile of all signs; assure Pisces, tell them how you find them magnetic and captivating.


To occupy the mind and soul of a Pisces zodiac sign, you need to walk the line between celestial and carnal. Appear to Pisces as being both tender and wickedly sexy.

A Pisces astrology sign person must have an itching suspicion that you are wild and hard to handle in bed.

However, Pisces must know that you believe in "the spirit" that we all come from and have inside us.

So basically, you just show Pisces you’re a person who is not only naughty in bed, always ready to do the deed; you're also so tender hearted and merciful you should be canonized when your time comes.

Pisces is one zodiac sign who is a natural counselor; tell Pisces your problems, they make great listeners.

Believe in the empathy that Pisces has for you, it's real; just be careful that Pisces doesn't start to think you're drowning in problems.

Mind you, Piscean people have strange reserve of pity for "Washouts", however they favor optimistic, secure and contributory people around.

A good way to approach your troubles when discussing them with a Piscean is to find "the funny", see the humour in what you're going through.

Pisces will be impressed with your positive outlook.

Astrology Seduction for all Signs

Find out how to attract the zodiac signs on Relationship Astrology what's the attraction?