Learn about Zodiac Signs and their Beginnings


There is so much to learn about  zodiac signs, their origins and meaning that are separate from Astrology as a whole. 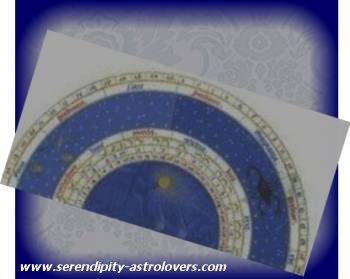 Astrology has a long history. It been around for more than 5,000 years.

Almost all Greek and Roman mythology connects with astrology.

We know that the Babylonians started the art or science of astrology and that the Romans improved on that by naming the zodiac signs.

They watched the stars and saw that the stars were different each Season. They noted that it was a yearly cycle so they separated the year into 12 divisions.

They noted what stars were there and they began to name them for whatever they had a likeness to. They found that these stars resembled things they used or certain animals.

We go season to season group to group and end up at the end of the year having gone through all the zodiac signs.

About Zodiac Signs - in Different Cultures:


The pagans (Gentiles) regarded the stars as alive, able to shape the fate and fortunes of human beings.

The ancient Hebrews belief that the Stars and Planets took part in the matters of human beings is manifest in scripture, as, for instance:

Genesis 1:14: "And God said, "Let there be lights in the expanse of the heavens to separate the day from the night. And let them be for signs and for seasons, and for days and years."

Psalm 8:3: "When I consider your heavens, the work of your fingers, the moon and the stars, which you have ordained."

More About Zodiac Signs and their Connection to the 12 Tribes


The original Twelve Tribes of Israel represented by Jacob's 12 sons, who represent the 12 kinds of the people in this world.

Virgo is Benjamin/Benyamin, Jacob's 12th son by Rachel. Benjamin came into this world after the  time that Joseph was betrayed into bondage. Benjamin was also loved very much by Jacob, like Joseph.

His first name given was Ben-oni meaning "son of my affliction" by Rachel because her life was perishing while bringing him to the world.

His name was changed later to Benjamin or Ben Yamin, signifying "son of my right hand", i.e. of good luck.

This name was given to ward off a malefic foreshadowing.

Jacob blessed Benjamin pronouncing Benjamin "a vicious wolf, devouring the prey in the morning, and dividing the spoil at night".

Benyamin's tribe was centrally located in land that was part of Jerusalem and Jericho.

Find out more about the 12 Tribes at the Jewish Virtual Library.

The Chaldeans, The Phoenicians, The Egyptians, The Persians, The Hindus, and The Chinese all have zodiacs that are alike generally. They have all been accredited as the place of origin for star divination and astronomy.

The Native Americans also have a zodiac, but the images and figures of the Signs have many more different details than the others.

Read more
about zodiac signs and the history of astrology