The History of Astrology, What is it?


The History of astrology is rather intriguing. Star divination has been a large part of several civilizations going back to the prehistoric period. 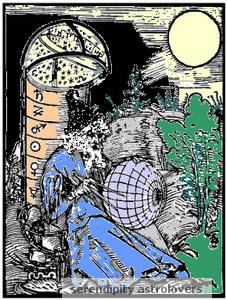 More or less the story of astrology has been an enigma dressed in contentions. This controversy is because; Astrology has been in use prior to the invention of tools that would allow the naked eye to see the Planets.

Star divination made its debut in pre-historic times

Maps of the celestial sky were on cave walls, in addition to the other cave drawings. These drawings make up the most mystifying and contentious evidence there is about the history of astrology.

How did these cavemen know where the Planets were? How could they even see them? Baffling. 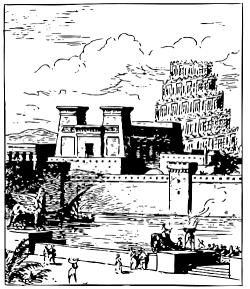 The next place that made a mark on the history of Astrology was ancient Mesopotamia, which included the Babylonian empire.

These civilizations had voluminous Astrology charts that still can't be explained.

What these early-cultivated races of Mesopotamia believed was, the stars represented the Divine, and the stars foretold things that would pass.

They also believed the power to practice this "divine skill" was an exclusive right of priests.

This was also the case in Egypt, another one of the oldest cultures known to us.

The most ancient denizens near the Euphrates River, the Sumerians trusted in judicial astrology. Which they blended closely with their adoration of the stars.

The Babylonians and Akkadians, who were the primary advocates of star divination in ancient times, believed the same things.

The Assyrian-Babylonian priests also called Chaldeans were the master astrologists of ancient times.

In its beginnings, Chaldean astrology would lead back worshiping the stars; the religious symbolization of the most ancient Mesopotamian texts of the zodiac bear witness to this.

After the vanquishment of the Assyrian and Babylonian Empires, the priests (who became refugees), found sanctuary in Greece. The priests spread their astrology instructions orally and in written materials.

In this way, Astrology became separate from the occult arts. Star divination in the Hellenic Republic (Greece) spread out to become the astrology we acknowledge in the western world at present time.

In Greek life, Astrology was the norm. Every master astronomer was likewise an astrologist. Eudoxus of Cnidus, the author was possibly the first to compose strictly astrological information in Greek.

Cnidus felt compelled to write on this subject because of the time he spent learning astronomy in Heliopolis, an ancient city in Egypt.

The Roman peoples followed the Greeks in the history of Astrology.


The Chaldeans expected that the Romans, who were sedate and pragmatic, would become unhappy with how mysterious and enigmatic Hellenistic astrology was.

Cato admonished the Chaldeans as being malevolent in their activities, when the Chaldeans entered Italy, bringing with them their Greek culture.

In fact, Roman governor Cneius Cornelius Hispallus drove all astrologers out of Italy in 139 B.C.

It didn't take because they all returned. Soon enough not even the Roman citizenry could commence a project without the help and augurs of Astrology.

Eventually, even Emperor Gaius Octavianus trusted in astrology and made it un-attackable.

The names of the planets, constellations, Sun and Moon signs are named for either Roman gods, or animals.

Roman sages and Greek sages always had secure positions in the royal court of Monarchs and Emperors of the day.

These scholars had such a grasp of the celestial heavens, that they were essential to combat preparation, royal government, and other facets of imperial existence.

Nonetheless, these astrology sages frequently found themselves fired from the job if the Monarch didn't like what they had to foretell. For this reason amongst others, Astrology was put on the human existence "backburner".

Of course, the history of Astrology doesn't end there, it made a come back.

Picture it, Western Europe... in the midst of the Renaissance.

Astrology was the rage, it became the "it" thing. People who practiced Astrology were considered the sharpest intellects of this historical period.

When the age of enlightenment ceased Astrology became out of favour and hidden. Again, it went on the "backburner".

Don't be sad... oh no, Astrology rose again like a phoenix from the ashes. A group of people formed an institution for astrological study in the late 1800's.

In the 1900's people again became interested in forecasting the stars.

Astrology as an Art became old-hat in the Nineteen Thirties.

With what he discovered, he formed a religion called Gardnerian Wicca. Similar to all Neo-pagan religions prior to it, the Wiccan religion centered on star divination.

Astrology became popular in The United States through the American Astrology magazine founded in 1923 by Paul G. Clancy.

American Astrology magazine was one of the first to publish horoscopes.

For many in America, Astrology became a way to amuse. Typically, horoscopes were in all the big Papers and other published media.

All the same, interest in Astrology began to wither once again in the Western world.

Although Christian religious groups still rag on Astrology and many "sensible" people think Astrology is a pseudo-science, Astrology continues to be popular in numerous cultures nowadays.

This is where we are in the history of Astrology today.

Go from History of Astrology to Astrology love signs Homepage

Question! Who were one of the first people that used Astrology? Answer...The Babylonians , find out more.

Find out about the Astrology Houses

Read the basics on the Astrological Planets