Venus in Astrology is it Good? Bad? Unimportant maybe?

After Mercury, Venus is the 2nd planet from the Sun.

Venus was among the 5 planets known in ancient times.

Venus never travels far from the Sun in your chart. It’s either in your sun sign, the one before or the one after it.

Venus is usually called the Goddess of love and romance. Venus typifies femininity.

Without Venus, life would be a dismal and gloomy existence indeed, because Venus rules over affection, delight, and wit. She also rules aesthetic sense and sociability on every stage. Venus is the manager of popularity and fame.

Venus shows that we were intended to have fun and pleasure in our lives. Venus also adds dignity and self-assurance, promoting in us the ability to love and be loved. 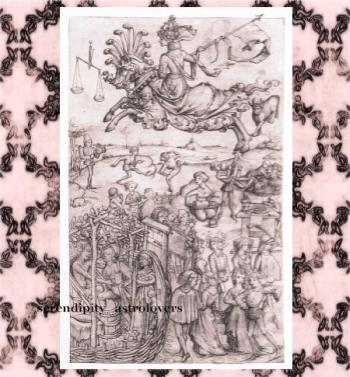 Venus' character is a bit ornamental; she leaves an impression of bounty, lavishness and opulence.

Venus is associated with conception, procreation and creative activity.

Note* fertility will always require the Moon, besides, Venus.

Venus' function is to bring creativeness and life, with the objective of imparting joy to the world.

When Venus is in a good position in a birth chart, she promises; creative gifts, artistic ability, harmonious relationships, and good luck with money.

A lot of the most famous artists, musicians, singers, poets, writers, actors and actresses have Venus positioned prominently in their charts.

Venus in a birth chart adds love, friendship, and beauty.

In your birth chart, Venus tells you what you’re capable of in love, affection and passion.

It shows what you value in another, how you show passion and fondness, and what kind of person you are turned on by.

When Venus is in a positive position in a birth chart, it denotes good conditions in relating to women in that person's life.

Notwithstanding all that's been said already, Venus’s most crucial function is in courting and love.

Venus goes down to the deep levels of the unconscious to ascertain what sort of love our soul hungers for.

Venus will lay down hints to find the traits we desire in a perfect love and then Venus tells of how the romance ought to go forward.

To be sure, Venus's main purpose is tremendously crucial: She is to guarantee that the first flicker of love endures, and then she is to advance the happiness of the couple if they're genuinely well-matched.

When it comes to men, Venus points to the kind of women he would fall in love with, this Venus also shows what kind of romantic relationship he wants, and how he wants his woman to be in that relationship.

When it comes to the fairer sex, Venus shows what her loveys need in a relationship as in - what kind; the overall feel, the overall intensity level. Venus also tells if the woman wants to cling to your arm or see you and then take a break in between seeing you again, what I mean is the balance of all that.

As far as "the one" goes, who is the man that captures her? This answer is in the hands of Mars not Venus.

In a calmer aspect, than the passion of love; Venus is viewed as being able to make friendly relationships stronger. Venus will show if you just need a few close friends or many, many friends.

Venus also makes the attachment between parent and child stronger too.

When Venus is afflicted or impaired, in a birth chart it signals; self-indulgence, endless flirting, laziness, fickleness in love, sexual perversion, and obsession with pleasure.

The Old maestros often painted Venus (Aphrodite), in the au naturel. Venus is often seen nude, leaning back on silk, staring into a mirror with cherubs around her. In some, she is standing holding a hand mirror and gazing into that.

If you happen to see that mirror you would see that it is shaped in the form of Venus' glyph.

The glyph for Venus in astrology is a circle sitting on top of a cross. Her symbol is the one for female, and it implies the emotions (the circle) over mind (the cross). But, subtract the crescent of Mercury and you get to the value of feelings, over that of intellectual ideas.

Go from Venus in Astrology to Venus Retrograde

Want to know what planet governs your passions? Read about Mars Astrology