Neptune Astrology and What it's About...

In the realm of Planets, Neptune astrology is about mysticism, uncertainty, delusion, deceit, and evasion.

Neptune was discovered in 1846; even so we have always felt its influence.

Whenever a planet is identified, astrologers note global events and the sign of the times to distinguish the traits of that planet.

Neptune was detected during the historical period of romance, a social movement that was a counterbalance to the Age of Reason or the Enlightenment, with its rigorous accent on a system of logic and formulas of science.

Neptune takes 146 yrs. to journey through the zodiac. Neptune’s full transit or passage through the twelve zodiac signs was completed in 2011 then began again.

Neptune is one of the modernistic Planets; the other two are Pluto and Uranus.

These 3 Planets are not known to be personal to your life, but they do have some influence. However, you'll share the big picture interpretations with your own generation.

These Planets spend a good amount of time in each astrology sign. Uranus for 7 years, Neptune for 14 years, and Pluto for between 13 -32 years in one sign.

These Planets journey the furthest from the sun and they move slow.

Neptune’s energies are the hardest to contend with. In the average person it produces a state of confusion.

Neptune astrology Planet can bring about marvelous things that affect us so much it's almost a religious experience.

Neptune inspires us. At its best we find spiritual love at its worst destruction, In between these two extremes we have a choice.

Neptune's influence in your life can be in either place. Neptune opens up your mind, but the choice is yours what you do with it.

Neptune's most important gifts are benevolence and sympathy.

Neptune's intensity comes from its deficiency in precision.

Neptune whispers "I conceive" instead of "I acknowledge". Neptune keeps its eyes on infinity.

Neptune is the "higher level" of Venus; Neptune amplifies on Venus's taste for culture, love and beauty.

Where Venus fully enjoys the light love and titillating sex, Neptune loves so profoundly that it will give for that love and emphasis from "me" to "you. Venus wants to bask in love, Neptune is aware of the obligations that come with love. 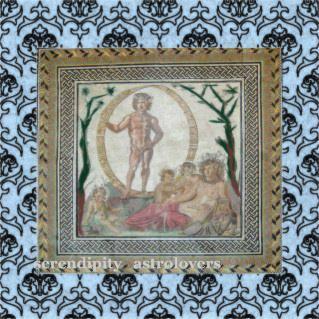 Venus may define the criteria for beauty, but Neptune raises those measures beyond polish, style, or the here and now.

Neptune produces immense alterations, it's is powerful, same as Uranus and Pluto. Even so,  Neptune's alterations are so elusive as to be impossible or difficult to perceive by the mind or senses.

Neptune acts in an invisible, easy and piecemeal manner, almost like water lapping tardily and softly over stones.

Neptune's Effects on You...

Neptune’s impact on the psyche can be sort of like a narcotic, it can give rise to a feeling of euphoria sometimes, and horrible despair at other times. It's kind of "manic".

When the transition of Neptune is happening, you may experience one of several things;

A desiring of drugs and alcohol (Wanting to be buzzed or drunk to dull the pain.)

Overwhelming feelings of being a victim.

Spiritual blissfulness-(a mystical longing to commune with God, a universal being or all that is).

At its worst Neptune points to mental confusion, deception, drug habits, alcohol addiction, suicide, daydreaming, and an inability to accept and live in reality.

Neptune is prominent in charts of people who create things for our five senses like; books, film, ballet, and poetry.

If a Neptune astrology sign is impaired or afflicted, a person's lazy daydreaming keeps them out of touch with reality.


The Domain of Neptune...

Neptune is also connected to yoga, Buddhism, ceremonial magic; psychic healing, in this content, Neptune can raise our awareness to the plane of the sixth sense.

Neptune's glyph is the trident of Poseidon or Poseidon the "God of the Sea", one of the Olympic gods of Greek mythology. Neptune is the Roman god of water and the sea and has a pitchfork.

The crescent shape, exemplifying openness, is up, meaning the inclination to accept, and is located in a higher place than the cross.

This means our souls long to separate from the limitations of the world. Neptune is the ruler of Pisces.

Read about the last of the "new" planets, Pluto Astrology