Mars Astrology , Do you Know How it Influences you?

Mars Astrology planet is one of active energy.

Mars takes about 2 years to make a rotation around the Sun, abiding in each star sign for 6 weeks.

Mars is the planet that goads you into natural action.

Mars’ domain in the realm of astrological planets, typifies the energy that’s contained in aggression and sexuality.

What Does Mars Do?

Mars is also acknowledged to be the warrior planet, it's brave and forceful, it outlives and outlasts.

Mars regulates your sexual urge, your force, and your aggressiveness.

Mars can ram through and demolish matter.
Nevertheless, Mars can contribute warmth, heart, relish, and vitality to whatsoever it affects. 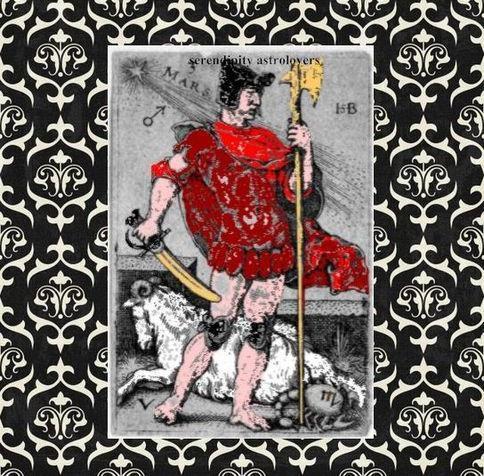 Mars astrology planet reveals what your hopes and desires are.

Mars tells what stirs your passions and if you get your way.

Mars enables us to endure when things aren't perfect or ideal.

Another side of Mars divulges one's sexual force.

Mars is fearless, emphatic, empirical and arousing, in this Mars symbolizes an exhilarating lover.

The Domain of Mars

Mars astrology governs your will to succeed; it shows how you're able to turn ideas into steps of action.

A large part of the power that Mars has is over your sexual motivation. Mars also governs your sexual parts.

How does Mars Astrology Influence You?

To determine your assertive force, you have to consider what position in your chart Mars is in. To do that you will need an astrological chart done. If you have never had a professional chart and you just want a free birth chart, start with this one here.

Mars is known as the timepiece of the zodiac.
Hinging on where Mars is located in a horoscope, it signals where your energies will be most effective.

In your birth chart, Mars signals the particular channels through which both ire or anger and sexuality are most expressed.

When Mars' energy is too aggressive and misguided the person gets quarrelsome, erratic, reckless, and pushy.

If Mars is prominent in your chart you are a ball of fire with a solid constitution and tremendous vitality.

You will tend to be enterprising, agile, active, and will hate being ordered around.

You could be a strong leader, adventurous and never afraid of taking the first step. However, you may also be hot-tempered, cheeky, capricious and impatient.

Mars bestows energy, motion and dissonance to whatever House of the horoscope it visits.

If there's too much charge coming from mars, there's a risk of accidents.

When Mars is at a bad angle to other planets, there is a potential for impulsive outbursts.

It's, ultimately, an issue of balance and the way the person who's under Mars influence.   Some people learn to take the reins and channel Mars' energy particularly well.

Mars' glyph stands for the masculine. The glyph of Mars is often used as the male symbol. It is a circle with an arrow line pointing up- (the circle of life, guided forced out into the world). This signals that Mars works on a material level.

There are no crescents signaling the soul; Mars covers the present moment.

The arrow indicates energy and sexuality, considering and mulling things over is left to Mercury.

Mars isn't bogged down with too much rumination to slow it down.

Mars is governs of Aries the Ram, and is the co-ruler of Scorpio the Scorpion.

Do you know about the "lucky" Planet? See Astrology Jupiter