What Does Mars Retrograde have to do with Mars Astrology? 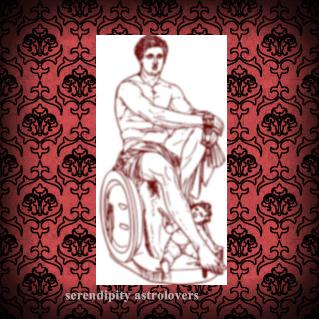 A Mars retrograde will primarily touch the things that have to do with Mars.

Mars is the planet of War and so in its retrograde people may disagree; they may become furious or wrathful.

You also have to think on how you show Mars' heat and energy.

Planets in retrograde are moving in the opposite direction from Planets in direct motion. Retrograde refers to the point that a Planet appears to move backward. (*As seen from the Earth)


This is how it works:

(*Incidentally, you can use this explanation to "see" what Mars retrograde will do in your life.)

The Earth passes or is passed by other Planets, and for a time the Planets seem to decelerate their course around the zodiac signs.

Then they seem to stop entirely, after that they back up and stop again. Finally they get back up to normal speed and end up where they started in the first place.

Incidentally, when any planet goes retrograde, its forces are thought to be decreased.

Retrograde periods have a lot to do with loose ends needing to be tied up.

Mars retrograde is even more rare than Venus.

When Mars goes into retrograde, it can settle in for as long as 7 or 8 months.

Mars back pedals through the Zodiac for two ½ months or more then goes direct for twenty two months.

Mars Retrograde could be altogether stunning.

Just the same as other retrogrades; this retrograde sends the energy inside instead of pushing it out.

When naughty Planets like Mars are in retrograde, some say, they become more damaging.

We should use a Mars retrograde as a time to:

Common advice given by astrologists:  don't do things connected with the planet that’s in retrograde. For instance; in a Mars retrograde a person shouldn't purchase sporting goods, hardware, mechanical instruments and things like these.

Activities started in a Mars in retrograde cycle are frequently started in a disoriented place astrologically, things may wind up at a different place then to the originally thought.

In this retrograde, things started at this time will be full of mix-ups and will end with misunderstandings.

In the last two years Mars' energy in your life has taken a certain path.

Many of you could experience this retrogrades’ energy on that same track.

Sometimes, in a Mars retrograde period certain things will come out in order to be addressed:

What Does a Mars Retrograde Do to You and Others?

How to Deal when Mars is Retrograde

When Mars is in retrograde, it's the time for some self-improvement.

One should try to keep in mind that the slackening or rescinding of things,  doesn't spoil things for good. You can choose to look at all this as a way to dedicate your undivided attention to how you want to go after the things you want. This is space to think about why you want something to be. This is your chance to fine tune and alter.

It's also a time for rejuvenate and revitalize so that we don't experience burn out.

Mars in retrograde is a good time to get control of our need for power and our focused determination and direct them in a way that they stay controlled.

A Mars in retrograde period is a good time to review the business at hand and to be firmly settled in reality.

We need to be sensible with our activities and be conservative, not reckless and disordered.

Reevaluate what it is that you need and think about; how to convey that desire.

It's a time to reassess the course you have taken in life and the hopes you wish will come true . It's time to ask yourself, is the course your life is taking the right one? Do you need to reevaluate your aspirations?   Mars will help you figure this out.

It's a time to relinquish your hold on bitterness about things that have passed. A time to address feelings of anger and other issues in a more favorable manner. It’s a time to learn to be confident.

Go from Mars Retrograde to Planets in retrograde Main page