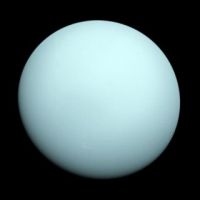 What Does Uranus Retrograde have to do with Uranus Astrology?

Uranus is known as the great awakener.

Uranus can give us a feeling of restlessness and apprehension.

Uranus is retrograde once every year.

Uranus retrogrades is for six months of every year.

Just as other retrogrades do, the push here is more internal than external.

Uranus' retrograde may change things. It may be an abrupt, forceful and extreme change that it takes your mind, heart and life in an entirely new path.

What happens during this Retrograde?

When a mischievous Planet like Uranus goes retrograde, it can become more negative.

During a Uranus retrograde there is a strong need to be autonomous.

During a Uranus things are not guaranteed.

Loose ends may arise that require another going over, all of a sudden and out of the blue.

We face the barriers that cause trouble in our lives.

Uranus changes the arrangement or position of affairs. The effect of these changes may be favorable and thrilling for some people; damaging or unnerving for some others.

In doing this for us Uranus' retrograde leads us to a new level of being.

Certain feelings things may come abruptly or out of the blue, these feelings may be favorable or damaging.

Uranus retrogrades help us to free ourselves of our former methods of doing and thinking.

Great changes in our thinking and perspectives happen during this time too.

It may be in the way we communicate.

Some individuals may find that their personalities may suddenly be different for no reason, others may even remake upon it; a normally calm and gentle person becomes tempestuous.

An extrovert suddenly is diffident.
During this retrograde:
We confront things we dread.

Some of us may act like a disaffected and obstinate youth, being volatile and disobliging to others. What we may be going on is that we just have the (Uranian) urge to be unconventional; it's just coming out this way.

You may feel lost from all that you've known. Situations are now inefficient; lovers and jobs fail to make you feel good and protected.

If you broke up with someone you may find that you re-consider it.

For instance, say you're in the wrong relationship or in an unsuitable line of work; Uranus will impel an alteration that was inevitable to happen sooner.

What should we do in this Retrograde?

Uranus going retrograde is a time to go with your hunches, use your imagination.

Uranus in retrograde period is not a good time to take that first holiday away from our lover with our girls or buddies.

Uranus assists us by making us look at situations with fresh eyes, so that we may discover a new path. Uranus does all this for our benefit. The cosmos are attempting to push you into a new direction. These changes were bound to happen. Yes, some of us aren't good with change, but the only thing that is constant is change, so you might as well go with it.

The end game for Uranus is to cut us off or to set apart from our mundane and conventional method of distinguishing what’s of value and crucial to us and what's of value no more.