What is Pluto Astrology About?

Pluto astrology Planet is the power behind great societal shifts and large-scale events.

When Pluto was detected in nineteen thirty, the humanity was going through a difficult time. 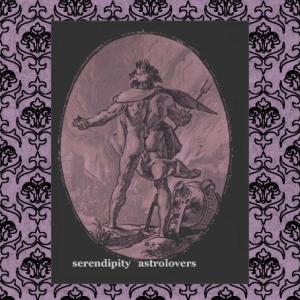 Apparently, Pluto had a few weighty issues connected to it.

As a planet of amazing power Pluto is still hard to understand, astrologers are still analyzing its influence.

If you have ever changed everything in your life in one swoop after looking at things in a new way, you probably felt Pluto’s influence.

Pluto permits us to remake ourselves into someone new.

Sometimes Pluto's force is so overwhelming and significant that one may feel out of sorts. When we feel this way because of Pluto we just need to live with what is happening.

Yet, as I said before, Pluto helps us re-make ourselves when we require a next level of living. We are not talking about the abrupt shift that Uranus calls for, No this change is the slow...step by step kind.

Pluto's power is two sided, opposite, but equal. Pluto is not dissimilar to nuclear energy; it creates as well as it destroys.

Pluto has unusual endurance and a power to bounce back from all things.

More than any other planet, Pluto typifies the marvelous capability that we all have to overcome horrible things that happen and move on although we still feel the pain.

Pluto is intriguing and mystifying.

Pluto brings out your dormant strengths.

Pluto brings buried matters in your sub-conscious into light. Additionally, Pluto will show what needs to be seen and dealt with in order to move on to better things.

While Mars gives vitality, Pluto is the higher stage of Mars. Pluto takes this outward energy and carries it in so that we may grow in a spiritual manner and become wiser.

To be sure, Mars demolishes, while, Pluto will induce a metamorphosis or a conversion, something beyond what Mars can do.

The main stream media (MSM) and big monopolizing companies are under Pluto’s arena.

Pluto is connected with demise and death as the elemental shifts of life.

Although Pluto finishes things, but it kindly exposes the secret reasons for those endings and then, offers a new course.

Pluto governs mysteries being revealed. Things come out of the past into the open so that the slate is wiped clean and the new can begin.

Pluto is also linked to with re-Renaissance, re-formation, re-juvenation, essentially any sort of striking change in appearance, character or circumstances.

Pluto also rules the mind and the subconscious mind, particularly mental fixations, whether we are cognizant of them or not. These include anxiety disorders, apprehensions, impressions of estrangement and detachment.

Pluto's significant impact gives reason as to why Pluto governs great power of all kinds, from politics to big business.

Pluto’s connection with the netherworld characterizes it to be the planet of schemes, spies, games and hidden things.

How Does Pluto Influence you?

In star divination, the further off a planet is from the Sun, the more potent.

The explanation for this is that the outer planets take longer to revolve around the Sun.

As a consequence, the slow traveling planets; Neptune, Pluto and Uranus move along in the sky, point by point, and as they move from House/zodiac sign to House/zodiac sign they linger there longer than other planets. As a matter of fact, nearest planet to Pluto, Neptune, is eight hundred fifty-six million miles off.

In consequence, what we go through has staying power and cannot in the end be changed easily.

Pluto’s impact is especially felt by the generation of people born together (people born in a generation tend to have the same Pluto sign). Pluto sets up the issues and subjects that we figure out together.

When Pluto rules your ascendant or (rising sign), you may be intense and destined to go through a lot of personal change during your life.

Pluto's impression is felt in people with great careers in politics and government, medical research and archeology.

Even in the most tranquil person, Pluto astrology influences can feel like an undertone of turbulence and unrestrained energy.

Negative impacts of Pluto may cause some people to be brutal, sadistic, treacherous, or even take to a life of crime.

How Does Pluto Astrology Planet Influence the World?

Pluto is new we haven't had time to study it and refine the knowledge we have of it. Pluto was identified three months after the stock market collapse in 1930.The ten years that came after was dominated by mobsters. During this time Adolf Hitler also inherited power, with his intent on devastation, Hitler would drive the whole world into warfare.

Pluto's force in the world is felt in global events, and the swelling tides of history. In addition, All 3 of the modern planets; Uranus, Neptune, and Pluto, have forecasted events in the time each one was detected.

These 3 Planets go the farthest away from the sun and are slow travelers. Pluto is far into space, sunlight takes 5 hrs. to  touch it.

Pluto is potent since it's the most sluggish planet, lasting between 13 -32 years in a zodiac sign and having an unwieldy amount of power over each.

Pluto astrology Planet, started moving through the zodiac sign Capricorn in 2009, Pluto will stay in this sign until 2024.

Pluto’s influence is on humankind, large groupings of people, and prominent organizations.

Pluto astrology Planet has a connection to procreation this makes it a sexual planet.

At one time, before Pluto was detected Mars governed the 8th House and holds some affect.

However, Pluto was viewed as a more suitable regulator.

Pluto’s glyph is a cross which connotes matter, with
a crescent-shaped line over it connoting the psyche, above that, there is a circle implying the spirit.

This means spirit held by psyche, as though it's "afloat” inside it, and both are set above the cross.

Put differently, the psyche and the spirit are triumphant over mundane issues.

A common, although perhaps somewhat outdated, glyph for Pluto astrology Planet merges the letters P and L (which are the initials of the man who discovered Pluto, Percival Lowell), and is pictured here at right.

REACH OUT AND TOUCH