What is Virgo Mythology about?


Virgo Mythology is hard to specify, there are so many maidens spread across mythology. 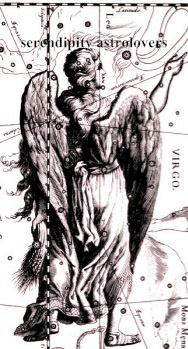 It has been associated with nearly every prominent goddess. There are too many stories to tell here. I have included the ones that are most known.

Linked to Virgo are the myths of Isis, Ceres, Astraea, Demeter, Ishtar and Mary (Mother of Jesus).

In Babylonian Mythology the Virgo constellation was known as "The Furrow", representing the goddess Shala's ear of corn or ear of grain.

One star in this constellation, Spica, retains this tradition as it is Latin for "ear of grain", one of the major products of the Mesopotamian furrow.

The constellation was also known as (Akkadian "Absinnu") and (Sumerian "Ab.sin") meaning- the Furrow. Virgo and fertility are linked because of this.

The Babylonians also linked Virgo to the Ishtar, Goddess of Procreation, who went down into the Hades to recover her spouse, Thammuz, God of harvesting, Thammuz had been kidnapped by King Winter and carted off.

In Egyptian Mythology Virgo is Isis

Roman mythology linked this constellation with their goddess of wheat (Ceres), She is the roman counterpoint to Demeter. We probably most link this disguise to Virgo.

In ancient Roma, Virgo described as Proserpine (tantamount to the Greek Persephone), the Wheat-Bearing Maiden, who was the beautiful daughter of Ceres and Jupiter.

Astraea ("star-maiden") was a daughter of Zeus and Themis.

Astraea and her mother Themis were both incarnations of justice. Astraea was the last of the gods to live with humankind in the halcyon years.

She rose to the skies to become the constellation Virgo; the scales of justice Astraea held became the nearby Libra.

*Some say that the Virgo constellation stands for the Virgin Mary, Mother of Jesus.

*The glyph...of Virgo is linked to the Immaculate Conception, it looks like Virgo is branded with the letters “MV” or “M” (for “Maria Virgo” or “Virgin Mary” or “Mary”). In the middle age historic period, Virgo was linked with the Holy Virgin Mary.

*At some point in Virgo Mythology, Scorpio's claws were taken from Scorpio and bound to Virgo the Virgin as her scales. This earned Virgo the blindfolded goddess of Justice moniker that we know her as today.

Go from Virgo Mythology to return to Zodiac mythology Main

Want a Virgo astrology sign to be attracted to you?

Find out the Virgo love Matches

Find the rising signs for a Virgo birthday

Read about the Virgo sign combined with rising signs

Learn some methods to Seduce a Virgo Page 1