Taurus Mythology, What is it about?


In ancient Greece, Taurus mythology was memorialized in the love story of Zeus and Europa.

This Greek myth is one of the most familiar to us this myth recounts the story of a snowy white bull who embodied none other than Zeus in camouflage.

This specific legend touches on how Zeus went gaga over Europa, the daughter of King Agenor of Tyre, (a city in Phoenicia) and his Queen, Telephassa.

Aware that his appearance would stun and frighten the lovely Europa, Zeus disguised himself as a white bull with tusks of mother-of-pearl and a silvery moon adorning his lock of hair.

One day Europa was dallying by the waters edge. She spotted a regal looking bull grazing amongst her father's herd.

Europa neared the beast, it knelt down in front of her and permitted the young woman to mount him.

When Europa climbed up on its back, The bull leapt to its feet and step by step drifted nearer to the sea. 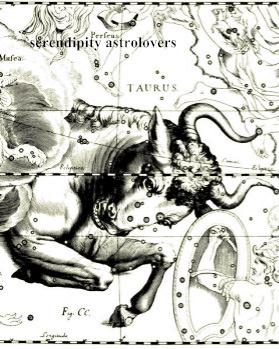 Once it got to the beach the bull hit the water, by this time is was to late for Europa to climb off. The bull took off with her to the isle of Crete. When the bull and Europa got to Crete, Zeus switched himself back into his own form.

Zeus seduced the beautiful Europa and made her his mistress, making it known to her that all the land as far as she could see now belonged to her. This country became known as the Continent of Europe.

*Minos, who would become the future King of Crete.Minos constructed a labyrinth to hold a different bull --the Minotaur, who was eventually killed by Theseus.

*The second son named, Rhadamanthys, who later on became one among the 3 Judges of the Dead.

*The third son, Sarpendon, who established the Greek metropolis of Miletus in Asia Minor(ancient Anatolia).

In ancient Egypt, Taurus was associated with Apis or (Hapis or Hapi-ankh) a bull god, (incarnation of the god Osiris) idolized in the Memphis region.

The Taurus constellation is among the ancient symbols.

It's been associated with a bull even as far back as the Babylonians.

Go from Taurus Mythology to return to Zodiac mythology Main

Find out the Taurus love Matches

Find the rising signs for a Taurus birthday