The Secrets to Seduce a Capricorn


If you still want to seduce a Capricorn, you will start by letting Cappy know you are into them. Very soon, you will tell them that you are not against NSA sex.

You could say;
"Listen, I am attracted to you and I want to sleep with you, it doesn't have to become anything, it's just sex. We could even be friends with benefits."

"Listen so and so, we are both very busy right now, we don't need the drama of a relationship, how about a friends with benefits deal? One night a week, we get together and have fun, how does that sound?"

You don't have to say the exact same things but try to keep it along those lines, business like. Capricorn must be convinced that you will not go back on your word and become attached and dramatic.

You have to come across as someone who can handle it.

So what you want is to seduce a Capricorn at your home or apartment. Make sure no one is around. No one. If you chose this method to seduce Capricorn, it's a perfect fit because Capricorns love privacy.

Check and make sure you have fresh linens on your bed, fresh towels in the linen closet, if anything is wrinkled iron them. 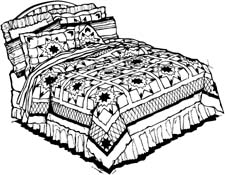 Make sure your phones and other gadgets are on silent or off. Now get ready for a great night.

Seduce a Capricorn by Using these:

Many women are naturals at this.

This is an inverse conquering where you seduce a Capricorn into seducing you by coaxing them to do it.

This is the normal way that women usually get men to pursue them. It is under the saying that women have, "make them think it was their idea."

You can be confident that this will work because you already know that underneath the cool and frosty outside, Capricorn a hot fire of burning lust. Here we go......

Use a hidden message within a message when talking to Capricorn like;

"I want to hold something other than my pillow", or, "I am tired of eating alone".

Something that says one thing, but lets then know that you want them to "help you out".


Send him or her

The sexual reward will come if you can give Capricorn a road map of how to seduce you.

"I want to be taken on a mini weekend vacation, where it's tranquil and secluded so I can do something that relaxes all my stress away."

"I have never encountered a (man) or (woman) that was ingenious enough to make (so and so) fantasy come true."

Generally, Cappy's aren't into the virgin fantasy, but they are into teaching sexual technique to the un-educated.

In this formula, you will entreat Capricorn to help you learn more about sex, hands on; show Capricorn that you'll be a good student.

You could say; "Listen, I really want you and am drawn to you. I don't know a lot about sex. I want you to tutor me."

This could go both ways; If you are trying for a sexually naïve Capricorn, your in luck because you could still use this mentoring thing to your advantage.

Offer your sexual tutoring to Capricorn instead.

Find in depth information on the Sun Sign Compatibility Guide