You should rely on his discernment, he really has a knack for seeing who people are, you should believe in him when it comes to that.

This man appears to be pliant, nonchalant, and ready to fulfill your wishes.

He has deep feelings, he is quiet and intuitive; these qualities appeal to you.

It is hard for him to decide on anything, everything sounds good to him; you should take this trait in stride.

Something to keep in mind about him, he is changeable in his feeling/wants.  He desires one thing one day and on another day, something else.


This man will not be the take charge kind of guy. If that's what you are looking for he's not it. If you honestly don't mind this, he would make a good partner for you otherwise.

He will think of you as a great person, absolutely.

When things aren't going well for him he will expect you to be there for him and you are. When you are down and you need him, he will have a hard time doing the same.

If you do get married, you will be taking on the duty of caretaker of things he would rather not deal with.

Even if he is a little to open with what he finds wrong with you, he has a way of putting it in words that don't hurt.  You are still able to be who you are around him, his critiques never damage your sense dignity.

You like to think in terms of reality; He has many fanciful notions going around in his head.

Your ideas are logical and when you propose a pragmatic thing to do, he will counter that with a bizarre idea of his own. Sometimes, his idea may turn out better for the question/problem than your own, so don't say no to every one of his ideas.

There is a warning and risk in getting involved with an immature Pisces male; he may have secret liaisons with other women.

Taurus and Pisces - Points of Conflict


Seldom does this man talk problems out reasonably.

Sometimes, he just ignores problems hoping if he doesn't think about it, it will work itself out.

He doesn't mind if other people think ill of him; you need people to think well of you.

Sometimes,  he is relies on you too much.

He abhors conflict and stress and when it happens in your relationship and becomes too much for him, he'll just go away.

You may even find that he was drinking away his bad feelings or troubles; he likes to do this.


Sex between you is quite gratifying. He is a tender lover, he wants to make love to you the way you want; he needs to satisfy your sexual needs. He is fine with you being the initiator and the one in control when you have sex.


Many times you will try to control one another, if you both resist doing that, you may last a long while. Although, you may not marry. 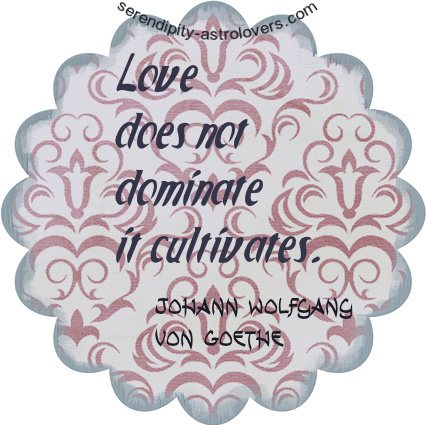 Go from Taurus and Pisces to Astrology Sign Compatibility Main