When it comes to how to show attention to a woman this guy is no slouch. He will send you flowers. He will tell you your outfit is lovely. He will show the greatest taste in buying you gifts. He will notice your new hairstyle.

With him it's not because he feels guilty for something he does, like other men, he is just that into romance.

You will think he is a humorous, sexy and captivating man.

You may cause him to panic and pull away more than just once and it's not your fault, you aren't doing anything wrong.

He will just be afraid to take a chance it with you, to him you are a Temptress a Siren, who will lead him to destroy himself.


You will fascinate this man to no end. You try to learn what makes him tick and he does the same with you.

You have many interests in common, interest that are high end and lavish.

You are both affectionate, yet your dispositions are different enough for you to be incompatible.

He may find flaws in you and mention them to you, you just let it roll of your back.

You will challenge a man and "if" he rises to take the controlling stance in the relationship, your regard for him grows highly.

He won't see that you are just challenging him by take the lead and you want him to "man up", he will just believe that you are one of those women who wants to wear the pants and stop there.

You will take a long time to place your faith in his love.

He loves beautiful women; you can see it for yourself, just watch him when you are out together,  he just can't help himself, he just has to chat her up if he gets a chance.

You will see this trait more pronounced in a Libra man who is middle age or older, he subconsciously wants to feel like he still has it.

A relationship with a Libra man can be great, but there will be many a time that you have to grin and bear him.

The younger and less mature the Libra man, the more probable it is that he is after your looks, body and nothing much after that.

Yes, Libra men are walking relationships waiting to happen, but that doesn't mean they can't be partial to the fling type.

And with this type of Libra you will battle the fear of rivals that will take him away and you will slowly become more and more insecure.

You will feel like you are one of his darlings that he picks and chooses, one over the other.

The immature Libra is the one I am talking of when I say Libra is always on the look out to upgrade his women. He is open with his ways if you listen.

This sort of rivalry between women for a man is not something that turns you on as it does some women and men that cause this kind of thing are not worth a Leos time.

Leo and Libra- Points of Conflict


You have a temper like all the other Fire Signs, and Libra will be panicky and frightened when it comes out.

You think having an argument is a good thing as long as it's not hurtful on purpose; he would rather avoid confrontation by sweeping it under the rug if it will buy him some peace.

This man detests confrontations, he runs from them; you don't mind being confronted or confronting, it works things out and clears the air.

He can't bear feeling hurt and he will look for the exit whenever you are angry.

Unexpectedly, you start to wonder if you should rethink getting involved with him.

Once he realizes it can't be avoided and tries to talk things out; you have waited so long to speak about it that you have an outburst.

You both need to find a compromise here or things between you will be hard.

This running away from things of his will come around again when you both have to decide on something, you make a choice and he can't.

This will lead to conflict and you feeling as if he just doesn't give a damn.

If you are a Fire sign who has gained control over her temper and he is a mature Libra male, the two of you may be able to make something work.


You are at the same level in sex drives, but in a way you are still dissimilar when it comes to having sex.

He can be a little aloof in bed, but when he is on his game, he really takes you there.

You are direct, giving and primal about sex and that's all you need to be interested. He needs the frills of enchantment and fancy and he requires you to give it to him in order to become interested.

Fulfilling a fantasy here or there is fine with you, but you just won't get how someone needs sex to be a production in almost every time.

Be aware that if you start to refuse this way of his constantly, he may start entertaining thoughts of other women and may follow through on those thoughts.

I am a Fire sign and I have had my experiences with Libras, although I wish it could work between us (as I usually give it a chance), mostly I have tried to avoid becoming entangled with Libras.

They are little too wishy-washy for me.
You may feel the same as me and find it best to avoid becoming too emotionally involved with a Libra unless he proves he can handle you.***

But if you insist, you can make it a long term thing (with many disagreements).

As far as marriage goes, Leo and Libra shouldn't work out. 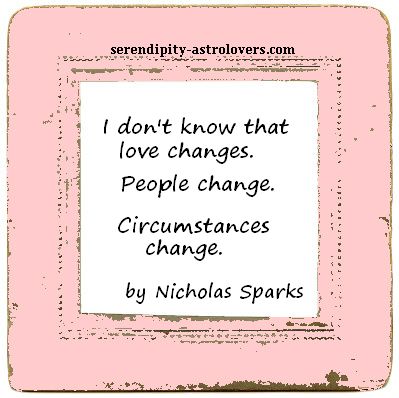 Go from Leo and Libra to Astrology Sign Compatibility Main