What does he want in return? Oh, just to hold the reigns is all.

He likes to tell women what to do and how to do. He's a chauvinist a feminist would run from him, don't let him fool you.


This man is caring in his own way, truthful, earnest and a solid human being.

You are also drawn to him because he makes you feel safe.

The more he acquires or has acquired, the more you desire him.

You will respect him because he is:

He can be a snob, (cultural social, snob, intellectual snob, word snob); study him you'll see.

There is a chance that he may bore you at times.

Some Capricorns still have a sense of wonder and if your man is one of these then, you can have fun with one another. He has a dry wit that you will adore.


Basically, you have mismatched mindsets when it comes to life.

He is so grave...about everything and you are more positive. You shouldn't let this bother you too much, keep a sense of humour.

His spirit is shaped by Saturn, it leaves him saturnine, perpetually brooding and of ill humor. Saturn makes him cool and calm, inflexible and conservative.

Don't take these characteristics at face value, he uses them as a mask to protect himself; he lacks self-confidence.

You will wish he would go through life's stages at a faster pace, but at least he isn't a quitter.

You both have discernment and good taste, you like the finest things.

But, you do have diverging positions on money and things, this will cause struggles.

What he acquires gives him more confidence; while you see them as expensive things, but they are just things.

You like nice things, things that show high worth; He isn't interested in having designer anything (baring things that speak to how much they cost), he really wants to save the money that would buy these things.

Speaking which, when you wear a new dress or have your hair done, he won't comment because he's oblivious, but he'll be oblivious when you're not at your most pretty or when you have started to age too.

Leo and Capricorn- Points of Conflict


This man doesn't like to be manipulated into feeling jealous, if he starts to realize you are using jealousy games to handle him, he will break it off with you.

When he feels forced, he is prone to go away and be alone. This thing that he does will freak you out and confuse you. He comes back just as suddenly acting as if nothing happened.

Sometimes he is able get underneath your skin, he reads you better than other people. This can make you feel a bit ill at ease; when you feel uncomfortable things get risky.

When he studies you and picks you apart, your defense is to act like he has no idea what the hell he is talking about. In fact,  you know he has hit it on the nail.


At first when you have sex, he doesn't move you as much as you are used to. He will suppress his natural earthiness.

You set about having sex in a carefree yet direct way; He approaches it in a unplayful and puritanical way.

You will start believe that maybe he just has issues about sex, or that you don't have chemistry, but you would be wrong.

You shouldn't point out your differences in your approaches to sex, because eventually he loosens up on his own and the earthy heat that all Capricorns have will rise to the surface.

With Capricorns, the more they have sex with you the hotter the sex gets.

Even so he won't want sex all the time, like with everything else in his life, he practices temperance.


Generally this is a rocky pairing, but if he can learn to be a bit more loose and carefree you may manage to make it last. 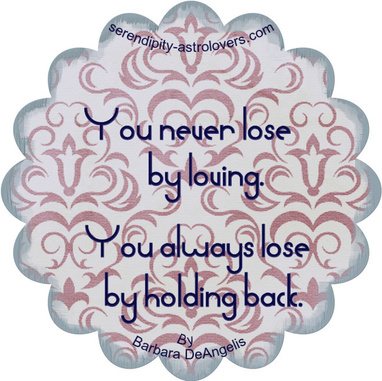 Go from Leo and Capricorn to Astrology Sign Compatibility Main