When it comes to being decisive, you avoid making a choice and he drags his feet, the two of you have a harder time than normal coming to any solid conclusions.


When it comes to making a relationships, this man understands that a relationship is its own living and breathing thing, once he is in, he is in. When he has serious intent, he will do whatever it takes to make things work.

He understands women and what women want, he knows where you are coming from.

When he is ready he can be delighted in having a nice home life with a woman, but a woman can't and won't be able to force him into that kind of situation.

Until that time, he needs his space, he doesn't operate well when he feels obligated.


Once you both get around to really getting to know one another, you find that you have many mutual thoughts and feelings about life.

You can be the ideal woman for him, someone he thinks would make a good wife a good mother.

If he is really into you he will show you he understands that a relationship takes work, by showing you that he is willing to work on it.

Timing is a big issue in your relationship, you may meet when you are ready for real love and he isn't ready.

He likes to take it easy, take his time with love, he  flirts with it; you want a man who is going to surround you with love, make you feel loved completely. he may feel as if your love is too binding.

When he is feeling lamentable you feel it, you make the same impression on him.

This unusual connection creates strong vacillations in the tone of your relationship together, it's either happy or sad.

Cancer and Libra- Points of Conflict


You don't like to have fights and he avoids contentions, because of this mutual trait,  conflicts you have with each other will be concealed and not worked on.

You will experience stress in your relationship because you both refuse to say things straight out, it's because you are both people who don't like to argue so you avoid it at all costs.

He is always so reasonable, it makes you so mad sometimes, you just want him to go from his feelings sometimes.

If he starts to check out other women while you are out together, it's not your fault, it has nothing to do with you; he is always on the lookout for a better version.

Libra is the type of man who can become uninterested and fidgety.

The question is: How do you keep this from happening?

Well, you have to be the kind of woman that is always changing her look, getting more and more alluring with each change.

Another thing you will need to do is know what is going on in the world, have things to talk about with him.

If you want him to be interested in you throughout your relationship, he has to admire your mind, otherwise he tends to get tired of pretty faces that have nothing to offer intellectually.

And please, don't whine about how long suffering you are or have been when it comes to him, avoid the "woe is me talk", it won't move him.

You need to revel in the fun of life( there's not a whole lot of these times and they're precious).

Once you loosen up and find your groove with him, he will become more open to treasuring your dedication.

He thinks he's caring, but he's the most caring when it comes to himself, yes he can be a bit selfish.

Because of his neglect you may end up text-ing him or calling him too much, you should let him miss you.

He may eventually let you in on reality, if he doesn't commit fairly early on in a relationship, he has mislead you and he doesn't really want to be in one, with you.

This is the thing with Libra man, there’s a high chance that he can't ever decide if he's in or out, if he wants this or not. Even with his vacillating, you keep going on being there for him.

You will probably end up pampering him too much, becoming much like his mom.

After you've exhausted yourself giving and giving to him, and you see he still can't be fully in, then starts the long au revoir of breaking up and getting back together because it wasn't a real"not-really breaking up".

Of course this happens because it's so romantically melancholy and he is just the man you want him to be at those times.

Eventually he may break up with you and mean it, you may not believe it though, or you may break it off with him and he won't think your serious.


You have an innate knowledge in how to turn him on when you want to.

He confuses you with his sexual libido, one day he is wild and wanting, the next time he is remote and cold.

Sex is a significant part of relationship to him, you will have more sex with him than you might be used to.

Libra normally knows how to romance a woman when he wants to make love, and maybe he is this way with your first few times.

Unfortunately keeping that up long term is not something he is able to do.

As a rule, you need to be wooed and treated affectionately before making love; he on the other hand, much prefers kinky sex.


A relationship that is straining.

You are emotional, he is cerebral,  because of this the two of you will experience a lot of conflict in this partnership, but should try to work things out.

If he can start to give a little more emotionally, you guys may have a chance to make it last.

Marriage however, may not happen. 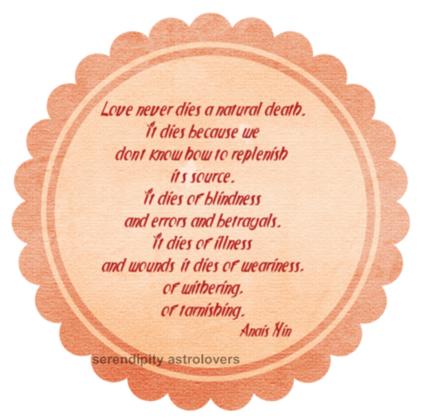 Go from Cancer and Libra to Astrology Sign Compatibility Main