Pisces has an endearing persona. His hunches are good and his ideas intrigue you, he wants to be of help when you need his advice. He could be a good man for you, but it can get complicated.


He's a potent person, he's got something, he leaves an impression.

He knows how to romance you and he seems to know how to communicate his feelings.

He is deeply profound and this keeps you wondering about him.
He is inscrutable to everyone and you will try your hand at deciphering him.


You are sophisticated and so is he.

You leave him absolutely captivated, he could easily fall in love with you.

You are a mystery to him, he will not know how to deal with you.

That's too bad, because his affectionate and tender nature could exert a powerful force over you. He has no idea of how well you could respond to his warmth.

There is one place he has you and he has you good, this man is a natural at showing reverence when he is committed, you are a woman who needs a man who feels blessed to have you and a man who is capable of affection.

He will not ever ask you to change who you are for him, but you will find though, that you have changed everything in your life to accommodate him.

Aries and Pisces- Points of Conflict


I hope you can develop patience because what little of it you have he will test it.

He takes a long and winding road towards vocalizing what he wants to say.

You would like it if he answered your questions, but he gives you riddles instead, this is his way and this may leave you feeling as if you want someone more open.

You will be confounded when he pulls away into his own world, excluding you while he works on something all on his own.

Most of the time, he is fine with you taking the lead and deciding for the two of you. However, when your decisions step on his plans, he'll just disregard what you have already decided.

He will make you crazy, because he is erratically temperamental.

When you get irritable and snappish it will make him feel bad, but when you are feeling nice and affectionate, it makes him feel so good.

You are strong and he could use a strong woman. He can get down in the dumps because of disenchantment and fatigue. After a while of this you will feel as if you are his therapist.

The thing is, just when you resign yourself to be his caretaker, he wants to be yours.

As a woman who is strong minded and strong willed, what you really need is a man who will not be afraid to stand his ground or stand up for himself, he may not be that kind of man.

Pisces will be more of a passive aggressive type of person, even when he is a mature Pisces; if he is an immature Pisces, it will be worse.

You'll find him be sweet and pliable when you are mean to him, you see he may like a "bitchy" woman.

This is how you will know it's over for you and you will soon cause a break up, he begins to smother you with his passive aggressive mushy ways.

If he is the immature type and you break it off with him while he is still deeply in love, he may cry his eyes out, while telling you off in the harshest words.

But, if it comes to that and you are leaving an immature Pisces, you won't care you'll just be glad you never have to see him again.


He is very accommodating when it comes to the bedroom; however he is easily hurt if you make fun of his skills.

He may have fantasies that involve gaining pleasure sexually from being mistreated and mastered by you.

He may have an ongoing fantasy in his head of you with another man while you and he make love.

Even if he shyly tells you of of his (kink) fantasies, you should not mention them again to him in the  future.

Most of the time, sex for the two  of you is pretty wonderful.

Sometimes though, he will have a night of drinking too much and won't be able to get it up though he keeps trying, while turning you on... thus, leaving you sexually tormented.


If you don't let his mysterious ways turn you off and if he lets you in,  even if it's a little at a time, you two could make a very nice couple.

If he isn't a immature Pisces, you could go long term; all in all, this match is beneficial. 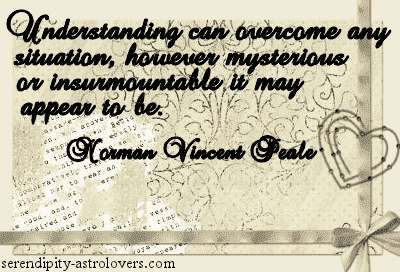 Go from Aries and Pisces to Astrology Sign Compatibility Main