Occasionally you can be pragmatic minded, these are the times that you find that you have attracted or are attracted to a Capricorn man.

Your Sign and Capricorn are two of the Signs from the Zodiac who are young at heart or childlike, the third is Leo.

The three of you remain positive and are curious no matter what happens.

The only difference is that sometimes, Capricorn will get into dour moods.


He'll find value in how you aspire to be someone, your sense of purpose, and how determined you are.

He will be charmed at how easily you display affection, how energetic and strong you are.

He will find you sexually arousing.

He will also think you are a bit mad.

When this man does become dedicated to a relationship with a woman, that woman stays at the top of his list of important matters, although it's easy for a woman to take his working a lot to mean he doesn't care.

Know this, he will never shy away from or dodge his responsibility to her.

At heart, he's an honorable man and he tries to do the right thing, but his  outward personality easily seems to be sullen.


Because of the natural childlike ways that are innate in Aries and Capricorn, as a couple you act rather like children together.

The two of you joke around; play tricks on one another all the time.

You look up to him because he has dreams, ambitions and dreams.

He needs his autonomy and you share that need.

This is a man that is used to being able to take care of his mate and in doing so, make her feel secure.

When it comes to doing such things for you, he has a hard time.

Why? Well, it is natural for you to want to take control of what is happening. This leaves him feeling like he doesn't know what to do as a man.

This man is uncomplicated and you are a complicated woman, with you he may be over his head, if he is an underdeveloped Capricorn.

Sometimes, when he is feeling dejected or demoralized, you are able to cheer him up, this isn't something that is easy for others to do.

He is stuffy and you are willful.

Aries and Capricorn - Points of Conflict


Nothing that is positive about your relationship will ward off your raging fights.

But, in a Aries and Capricorn relationship flaws experienced will be trivial if they are looked at objectively.

In some instances you will easily accept the flaws you each see in the other, but as a whole, the things that hinder your relationship weigh more heavily to both of you than the things that don't.

In any case, if you think about it the things that will bother you about him  are petty when he is taken as a whole man.

There are many times you will feel as if he is trying to rain on your parade,  instead of seeing him this way, try to take a point of view from his sense of  duty, if you see him in this light you may find that he is a man worth having.

You are not a jealous woman, but you will be jealous of his career; you will feel like work is higher on the list than you. You think that life is for living, "work hard-play hard" is your motto.

He will wonder why do go after things in the manner that you do, since he thinks and does things so differently.

He always knows what to do and he will tell you, the thing is you aren't accustomed to people telling you what course to take without you even asking  for their thoughts.

Sometimes, you don't calculate the risk of doing something and he will comment on that. He will think taking a risk is an unintelligent thing to do; you will want to take that chance.

You will be positive about something new you’re going to try; he will tell you of all the bad things that may happen if you do.

When he gets this way with you, you may feel as if he is trying to be your  father and will probably let him know you don't need a Dad.

When he gets aggressive or demanding you'll be sure to tell him, you're the wrong  woman to treat that way; if you're feeling nice.

But, you might get fed up enough to tell him to go fu$k himself.

Yes, he is annoying, but you should take his opinions to heart because he can  be very insightful and he often sees thing that you may overlook.

You may need to become a bit more amendable, docile and less of the  (traditionally viewed as ) male traits in order to not lock heads with him.

He is  occasionally frank, hypersensitive and mostly en garde; you are outspoken and quickly angered.

If you offend him, he'll make certain to tell you that, become distant or tell you he needs you to leave him alone.


At first sex for the two of you will be civilized. Then it will change once you get comfortable with one another.

It will take some time for the two of you to become open, but when you do…

He will enjoy the way that you like to just get to it. He will also enjoy how you don't mind being a little kinky, he may not say so,  but he does.

When he finally wants to have sex,  he will approach you romantically.

This is something in his personality you should take and run with; training it and taking part in it, because this will help in keeping the love and sex in your relationship.

He's not as sexual as a Scorpio, but he does take it seriously when he does want to have it and you shouldn't say “no not tonight”  too often, he will be offended.

When he is moody (downhearted), just act as if you are a virgin or celibate... no talk of wanting sex...

Don't even try to touch him so he gets aroused... he won't really be into it... You must wait till he is feeling sexy again.


Let's face it you are both naturally demanding and controlling and you don't take kindly to having that done to you. That's okay, you both have standards.

If you both can find your way to forgoing some of the instances those  desires and you both try to find some common ground and empathy for each other, you can be a happy power couple.

Even when you fight your relationship has the potential to be great so it's  worth the frustrations.

Think of the anecdotes you hear of married couples or committed couples that  never fight and then suddenly break up.

I actually think that it doesn't matter if couples fight, as long as it doesn't get dirty and below the belt.

It's the making up and understanding  of each others frustrations and coming up with a closure that really makes a difference; doing this will leave no room for the resentment that's really the  cause of break ups of couples who fight.

Generally Aries and Capricorn don't have enough things in common for a match to last. But, if the two of you can find a way to commit yourselves to the relationship and to one another, it may last. 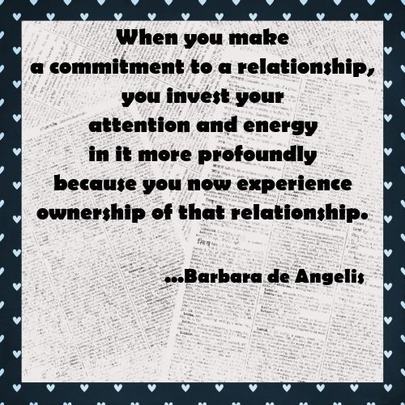 Go from Aries and Capricorn to Astrology Sign Compatibility Main