This man wants to change things, he may not lift a finger to do the work that changes things, but he will wax lyrical about such "changes".

He's even more capricious than you. All of this makes you hot for him.

He may not like your more sophisticated and snobby friends.

He is peculiar and this fascinates you. He is fearless and daring in what he does and he makes you feel like you've met the one for you.

If he hasn't found his ideal job where he is valued for his standards, offers opportunities to grow as well as being stimulating, he will just be an odd-job man. This will not sit well with you for long, because you need someone who is financially secure.

When he is being insensitive, unconnected and has other things on his mind, he may leave you feeling hurt, though he doesn't mean to hurt you.


You will need to become accustomed to all of his oddball or peculiar friends because your friends are usually cosmopolitan or urbane.

You think he is sexy because of his intellect; He likes your amazing body.

This is a very affable man, but also very detached and neutral from feelings; you're an amiable woman and you aren't neutral in your feelings.

It's hard for this man to go crazy over a woman and because of this, he's got you hooked, this is one of the reasons he attracts you.

This man can have someone or something or he can leave them behind, no qualms about it. He doesn’t really care what others think of that, and this is how you wish you were.

You see as a man he starts of not caring what happens, he's cool emotionally. He goes with the flow he has no expectations and he isn't afraid to lose a woman.

When you are with him, you don't want your time with him to end, when he drops you off at home or when he leaves your house he leaves you there. He doesn't pine for you as much as you ache for him, it's not you he is just built that way.

This might nag a you a bit, since you will clearly see you aren't the most fascinating person he has ever had the pleasure to meet.

He finds something to like about everyone, he has things to talk about with anybody.

What you'd love is for him to be so into you that he is imploring you to let him see you; you want him to need you absolutely.

What is different here? Well, you are the one who longs for him, this man has a power over you that most men never have.

He can take control of your emotions without even setting out to do that. Usually you have men on a leash and this time? it's you.

Aries and Aquarius-- Points of Conflict


So maybe you try to get a rise out of him, by letting him see you or hear you flirting with another man, guess what he'll do?

He'll tell you that maybe he isn't the right guy for you, maybe a different man will make you happy and he wants you to be happy.

Try to pressure him into doing whatever you want, he will just find a woman who doesn't do that.


Sex tended to get tedious with your past loves, but the two of you always find new ways to bring a new excitement, especially you.

If you have a healthy or high sex drive you may want to ask him what his sexual level is, without letting him know what you like first.

Ask him, how often do you need to have sex. If he says he could go weeks without it comfortably, you may want to think again before committing to him.


Being in an Aries and Aquarius relationship will be tricky for you Aries, it's because you can't remain unemotional, but if you want this to last you have to try, here are some tips:

You have to be more like him, don't let your bad feelings get the most of you and don't act on those feelings.

If you just can't take a man who is detached and who will have women friends that seem a little too close, maybe you should just stop at friends with Aquarius because at least you will have an easier time.

If the amount of sex you need is not usually negotiable and you think it should be had several times a week, he's all wrong for you.

If you can work this out in your own mind, and if you can learn to compromise, this romance will hold the attention of both of you, so much so that it leads to a long term thing or even marriage.

If you can't compromise, this may become an unsatisfactory relationship. 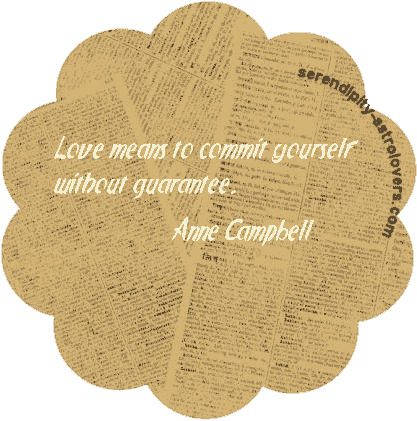 Go from Aries and Aquarius to Astrology Sign Compatibility Main

REACH OUT AND TOUCH